Holger Levsen writes about the public transport map of Managua, Nicaragua, which is, according to him, the first detailed map of Managua's bus network:

If you haven't been to Managua, you might not be able to immediatly appreciate the usefulness of this. Up until now, there has been no map nor timetable for the bus system, which as you can see now easily and from far away, is actually quite big and is used by 80% of the population in a city, where the streets still have no names.

Having had a look at the map they produced, I have to admit I quite liked it: 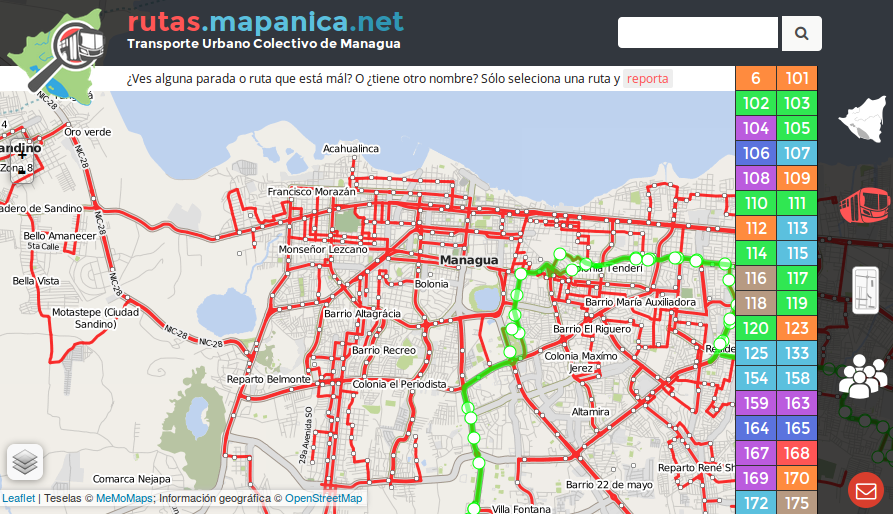 MapaNica, the community behind said map, are raising funds to make lives of locals easier by publishing a printed version of the map and distributing it. They have already raised more than $3300 of their $7500 goal. Every further donation will help them print more maps.

Please go to support.mapanica.net and support their initiative!